Arriving at Bluff in far from ideal weather with strong south-westerlies and rain squalls coming through, we found a feeding flock of white-fronted terns near the war memorial on Marine Parade, Bluff. It didn’t take long for Sav to call ‘ARCTIC TERN’ and before long we had two of them feeding in amongst the white-fronted terns at about 70 m. Both birds were clearly moulting out of breeding plumage, with dark bills, and black caps starting to show pale feathers. Clearly smaller than the accompanying wf terns and with dark bellies, and dark outer leading and trailing edges to the primaries, with a pale window. I managed to get a few images of the birds which will accompany the RBC submission.

Only one hour later we were alerted to the sighting of a white-throated needletail on Stewart Island where we were about to catch a ferry to – read here and see photos. 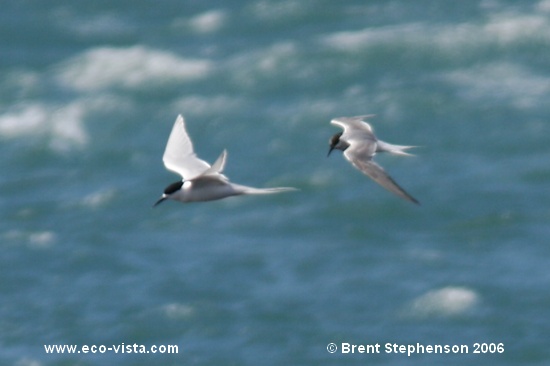 Above – White-fronted tern (left) with one of the Arctic terns (right). 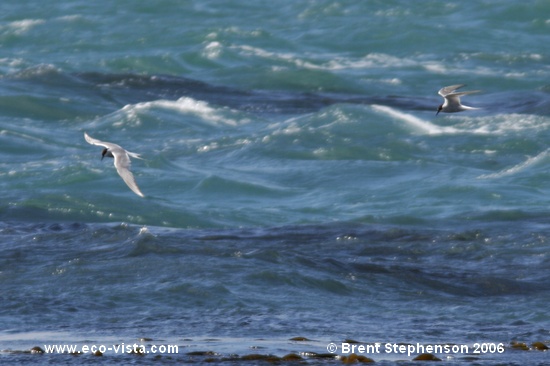 Above – the two Arctic terns flying together