Well, we had just settled down to wait for the ferry to Stewart Island (after seeing two Arctic terns just down the road – click here for info and photos) when my cellphone rang, and Chris Gaskin, who was already on the island, alerted us to a WHITE-THROATED NEEDLETAIL that had been flying around Oban – thanks Chris! A nerve-wracking 1 ½ hours was spent waiting for the ferry to depart and cross the Foveaux Strait, and we were already scanning before the ferry docked (not much to report on the crossing apart from the usual suspects). An hour later we were still scanning with the nagging feeling the bird had gone…..only to have Sav call ‘HERE IT IS’!!! It circled around the western part of Oban for 10-15 minutes, before disappearing again….wow!

The shots below are not great, but show the bird in enough detail to confirm identification. 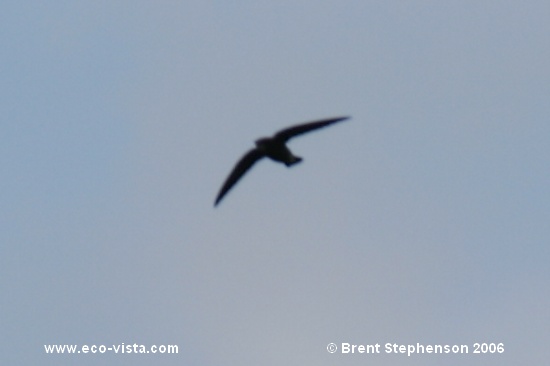 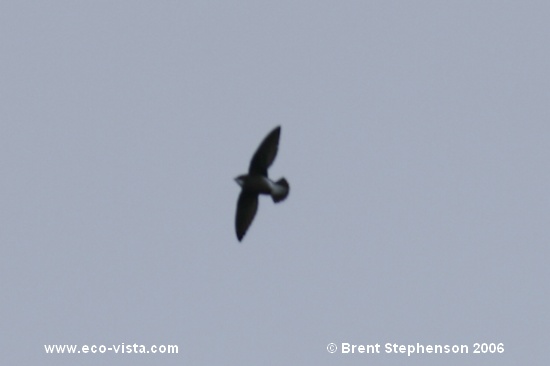