Large swells (3-4 m) made it impossible to launch the Osprey from Tolaga Bay as planned. The boat was taken by road to Gisborne and launched in the harbour at 8.40am. After five minutes, and still well inside Poverty Bay, we encountered a raft of approximately 40 Cape petrels and black-backed gulls feeding on the surface. As we left the shelter of the Bay we saw our first black-browed albatross and soon after aNew Zealand white-capped albatross flew into our wake.

It didn’t take long before we were experiencing the swells Bert had promised us. For the first hour and a half of travelling, birds seemed relatively scarce. We slowly headed into deeper water and closely inspected fishing boats as we went. Cape petrels seemed to be with us all day. One bird got particularly close and landed on deck before being helped by Steve on its way. At the first chumming location we were in about 60m of water, and we started to encounter more albatrosses and immature giant petrels, as they were attracted to the boat, along with a good mix of birds including our first GREY PETREL, as we drifted close to a scattering of fishing boats. It stayed near to our boat for some time occasionally settling on the water to feed.

A SLENDER-BILLED PRION (Thin-billed prion) flew to the rear of the boat and gave excellent views. It was a very pale bird with a prominent supercilium and indistinct M across the wings. Its jizz was very reminiscent of a storm-petrel exhibiting pattering on the surface and occasionally dipping into the water. Several photos of the bird are shown below, showing the diagnostic tail pattern and overall colour of the bird. It was of course the first prion of the day to be seen close to the boat, but luckily within several minutes of seeing this bird, a fairy prion came in close, further emphasising the difference in the bird we had just seen. A bit later a dark-headed albatross flew in a straight line passed the boat and continued on its way without stopping. Fortunately, Brent managed to get a photograph that later identified the bird as aCHATHAM ALBATROSS.

Late morning we moved into deeper water (600m+) and began chumming again, this time attracting even more albatrosses, including both Wandering (Gibson’s and Antipodean type birds, and at least one juvenile) and both Northern and Southern Royal albatrosses and good numbers of grey-faced petrels and other albies (with many of the black-browed and white-capped albs being immature birds). Several more grey petrels made an appearance, with with a maximum count of three around the boat at one stage. A steady passage of fairy prions passed the boat, but unfortunately the thin-billed prion did not reappear.

The return journey was a little bumpy eventually arriving back in Gisborne at 3.30pm

Some Puffinus shearwater appeared relatively dark in colour suggesting Hutton’s but the swells and speed of the birds made it difficult to get good views and to be sure of a positive identification. 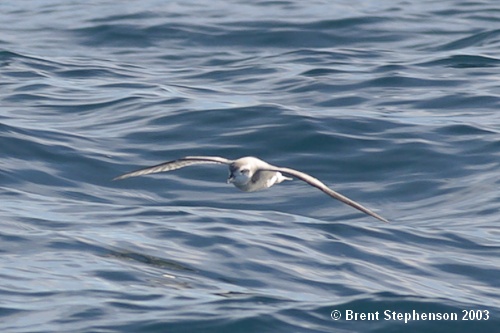 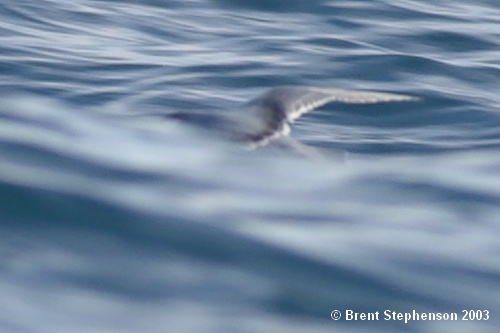 Slender-billed prion showing….not much! This would have been about the best shot of the bunch if the wave hadn’t got in the way. Shows a rather indistinct ‘M’ pattern on the back, and although the right most rectrices are visible there is clearly no black on the tips. 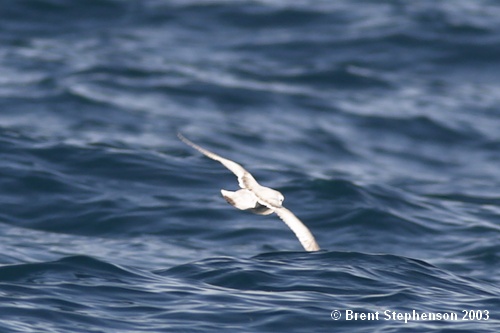 Slender-billed prion (unfortunately rather over exposed), but showing the small amount of black to the central rectrices, diagnostic of this species. 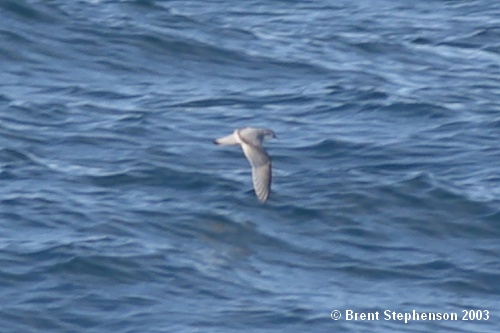 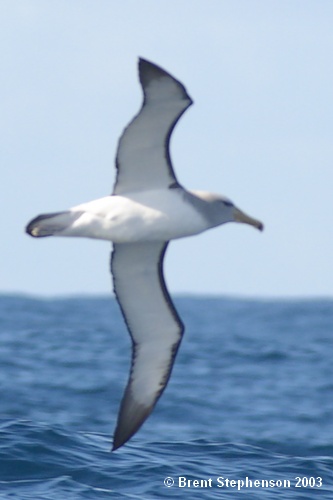 Chatham albatross showing very bright yellow bill, with dark tip, suggesting a possible adult bird. The head colouring does not appear as dark as typical Chatham albs, but is due I think to over exposure of the shot.