NOTES: Departed Tolaga Bay at speed heading for a reef due east of the Bay. Journey out produced a few individuals and one small raft of fluttering shearwater, several Buller’s shearwater and two little penguins. 08.35 Sav spotted a POMARINE SKUA drifting by with a second bird close behind, also a probable pomarine. 09.00 we saw our first Cook’s petrels including two dark headed PTERODROMApetrels. There is still some debate over identity (Brent has some good photos). More to follow on the PTERODROMA’S in a later email. Also encountered a single fairy prion. Approx. 09.55 anchored off Tolaga Bay and began chumming out the back of the boat. Steady procession of birds including flesh-footed shearwater, occasional Buller’s shearwater, a sprinkling of black petrels and NZ white-capped albatross. 10.20 light coloured slender skua circled the boat, appeared passive and indifferent, with a lazy flight. After some discussion and later photos it was confirmed as LONG-TAILED SKUA. Remained in the proximity of the boat for some time. Wandering albatross came and went, approximately four individuals, with a single immature alighting to the rear of the boat to feed. We were joined by Mako shark attracted by the free fish floating on the surface. Offered some excellent entertainment including a mischievous assault on a young wanderer who later retreated to a safe distance. The sea around the boat occasionally erupted with bait fish being attacked on all fronts by predators including kingfish, tuna and at least two common dolphins. Large flying fish were also spotted breaking the surface and gliding across the waves. Small groups of gannets sat on the water some distance from the boat. At least four sooty shearwater flew by between 1300 and 14.40. 13.50 a single Southern Buller’s mollymawk arrived and circled us. Return journey produced another fairy prion, a large PTERODROMA species (see later note), Cook’s, probable Pycroft’s and black-winged petrels. Closer to shore we began to encounter fluttering shearwater once again and the first white-fronted tern of the day.

COOK’S PETREL: Most frequent – passing the boat in singles or occasionally two’s at regular intervals. Based on two half hour counts, there must have been 80 – 90 individuals to pass by in the time we were anchored, approximately 80% were moving north.

BLACK-WINGED PETREL: Following photos and later discussion there were 10 positive identifications of singles.

We encountered several as yet unidentified birds including:

b.. at least two birds relatively dark around the head, neck and mantle, comparable size to Cook’s, but sturdier, Brent has some interesting photos of at least one of these birds.

c.. several birds (perhaps 10+) similar to Cook’s, some darker perhaps but with much bolder and more extensive underwing patterns – intermediate between black-winged and Cook’s.

tuna sp
trevally
flying fish sp
kingfish
Mako shark
It was a great day and many thanks to Bert for his patience with us.

ps The Tolaga Bay pelagic fishing match produced a stunning 5-0 victory for Steve (like shooting rats in a barrel) Wood (having some difficulty living that one down, Steve!).

pps There was at least fifteen minute gap in bird recording (to our shame) when just about anything could have gone by … it’s amazing what an impact a shark can have on even the most dedicated birders. 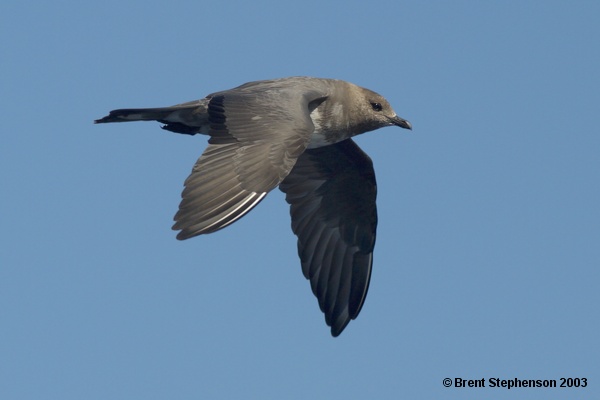 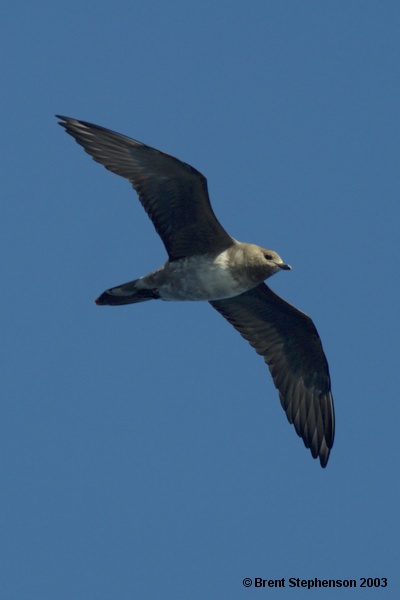