It was too nice to sit inside all day so I headed down to Waikanae Estuary late this afternoon. Pulling up at the car park I was very surprised to see a lone royal spoonbill feeding just opposite, and managed to quickly get a few shots before it flew off to the south. I quickly scanned for the brown teal that are supposed to be around, but couldn’t see any among the few mangy looking mallards that were scattered around the estuary. A small group of about 20 red-billed gulls were on the edge of the river, so I spent a few moments taking photos of them in their very sharp breeding colours – very red bill and legs!

Then headed up towards the Waimanu lagoon, just above the river, on the way taking photos of a very relaxed white-faced heron hunting for crabs and small fish. On the lagoon were a few more mangymallards, a pair of black swan with large cygnets, a scaup (which surprised me a little), several shoveler, and one brown teal (which looked to be fairly convincing – apparently several of the other birds seen in the area recently (24/11/02) are clearly brown teal ‘hybrids’).

A nice afternoon in the sun! 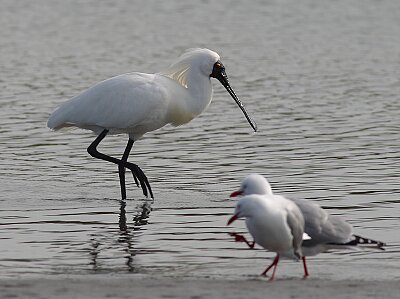 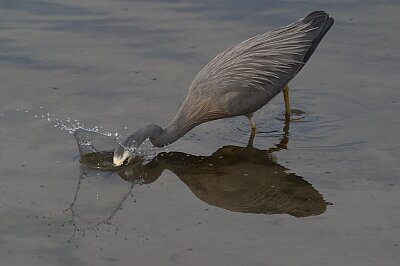 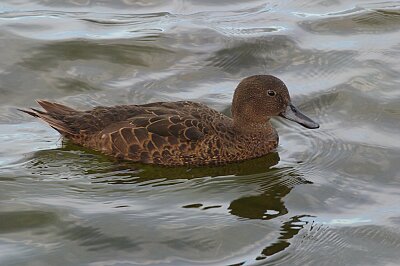 Brown teal, apparently not a hybrid