A common tern was found at Kariotahi Beach to the west of Waiuku on 29 November 2006 by Colin Lunt and reported to Brent. The bird was again seen on 30 November by Phil Hammond and David Lawrie, but not seen by either Phil or Brent on 3 December, although there also very were few white-fronted terns around that day. Finally on 8 December Brent was able to get back to Kariotahi Beach and after spending about an hour and a half was able to find the common tern amongst a small flock of white-fronted terns. The photos below clearly show that the bird was different to the accompanying white-fronted terns, although this was not as easy to detect in the field. 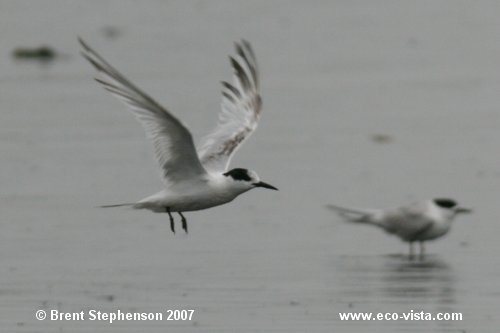 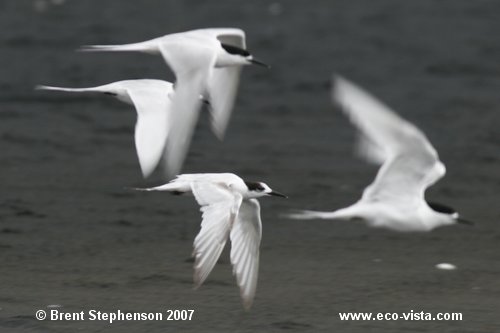 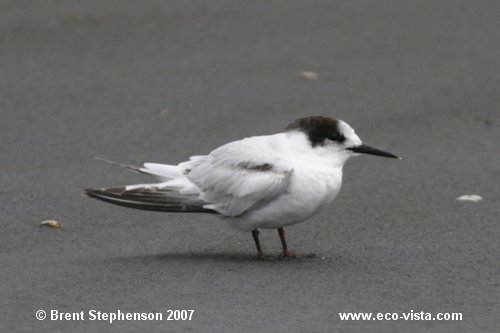 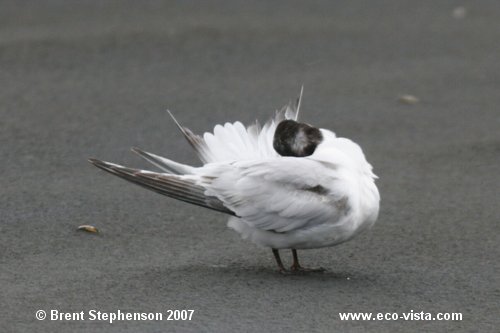