The original sighting of an Australasian little grebe at this site just north of Rotorua, was during the 2001 OSNZ AGM which was held in Rotorua during the first weekend in June. A single bird was seen there on this day, but subsequently a pair was seen breeding there during the summer of 2001-02 and 2002-03. We decided to call in on our way back from the Whitianga Pelagic, and saw two birds, one of which Brent photographed. Although not a fantastic photo, it clearly shows the bill spot of this species, and the difference in ‘jizz’, as compared with the New Zealand dabchick, Poliocephalus rufopectus. 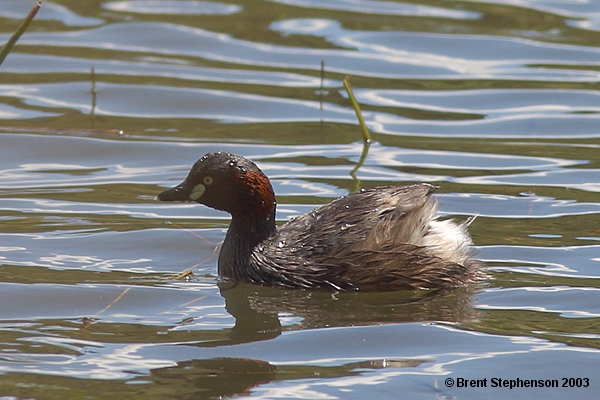