So Matt finished up with his group today.  Sounds like they had an awesome time, and they were definitely in great hands!  Some of the last days as they headed to Stewart Island, they had a Buller’s albatross which was new for the group, and even better great looks at mottled petrel!  They have been tricky this season, so from the ferry was a good one!  On the way to Ulva Island they had four Fiordland crested penguins, and then Ulva turned it on with great South Island saddleback straight away, mega views of yellowhead, and all the other bits and bobs, plus a Hooker’s sea lion on the way back to Oban!  They had a female, a juvenile and a chick Southern brown kiwi that night, so I think everyone was pretty happy with the day!

Next day with a pelagic from Oban had lots of white-capped albatross, plus Salvin’s, Southern royal, and Buller’s.  Other usual suspects, with three white-faced storm-petrels and a single grey-backed storm-petrel also.  No broad-billed prion or strangely no mottled petrel after the one from the ferry yesterday!  A single flesh-footed shearwater was a Stewart Island tick for Matt though!  Also repeated the four Fiordland crested penguins, and got some common diving petrels, black-fronted terns, and little penguins.

Next day they headed across on the morning ferry with a LONG-TAILED SKUA – bit of a mega for NZ and FOUR mottled petrels!  Wow.  A drake Chestnut-breasted shelduck was seen near Invercargill, and then Otago shag (after getting Foveaux on Stewart) later that afternoon.  They also had a yellow-eyed penguin later that afternoon as it came ashore in the surf at a beach up the coast.

Next day into the MacKenzie Basin, with Chukar seen well quickly, excellent views of two adult black stilt and a total of 9 adults and 2 juvies during the day.  Sunshine and visible Mount Cook (Aoraki) had to be good as well, with lots of other nice things like black-fronted tern, pipit and black-billed gulls seen.  They have finished the tour on a VERY respectable 158 species and I expect are leaving New Zealand very very happy!  Well done Matt! 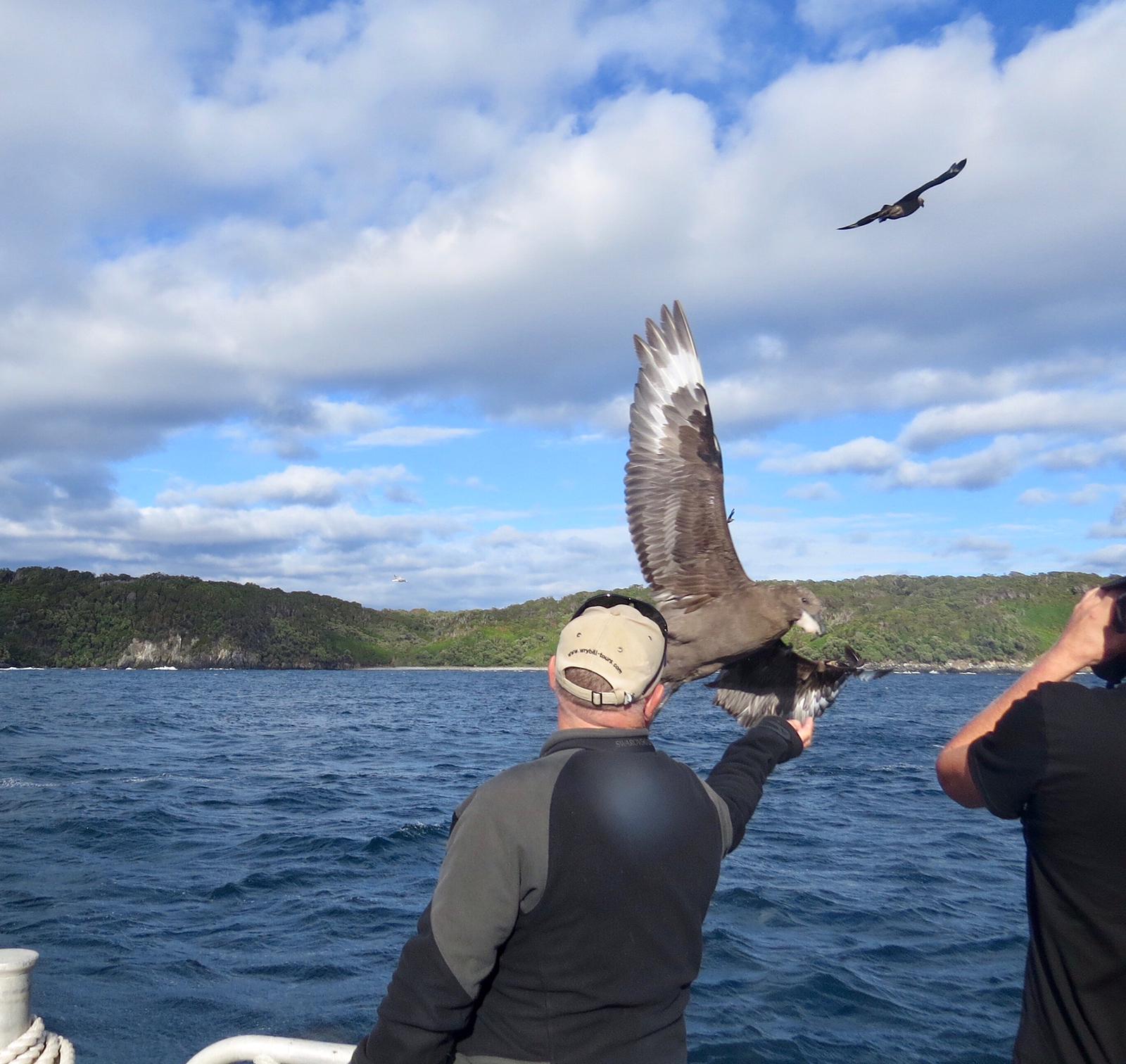 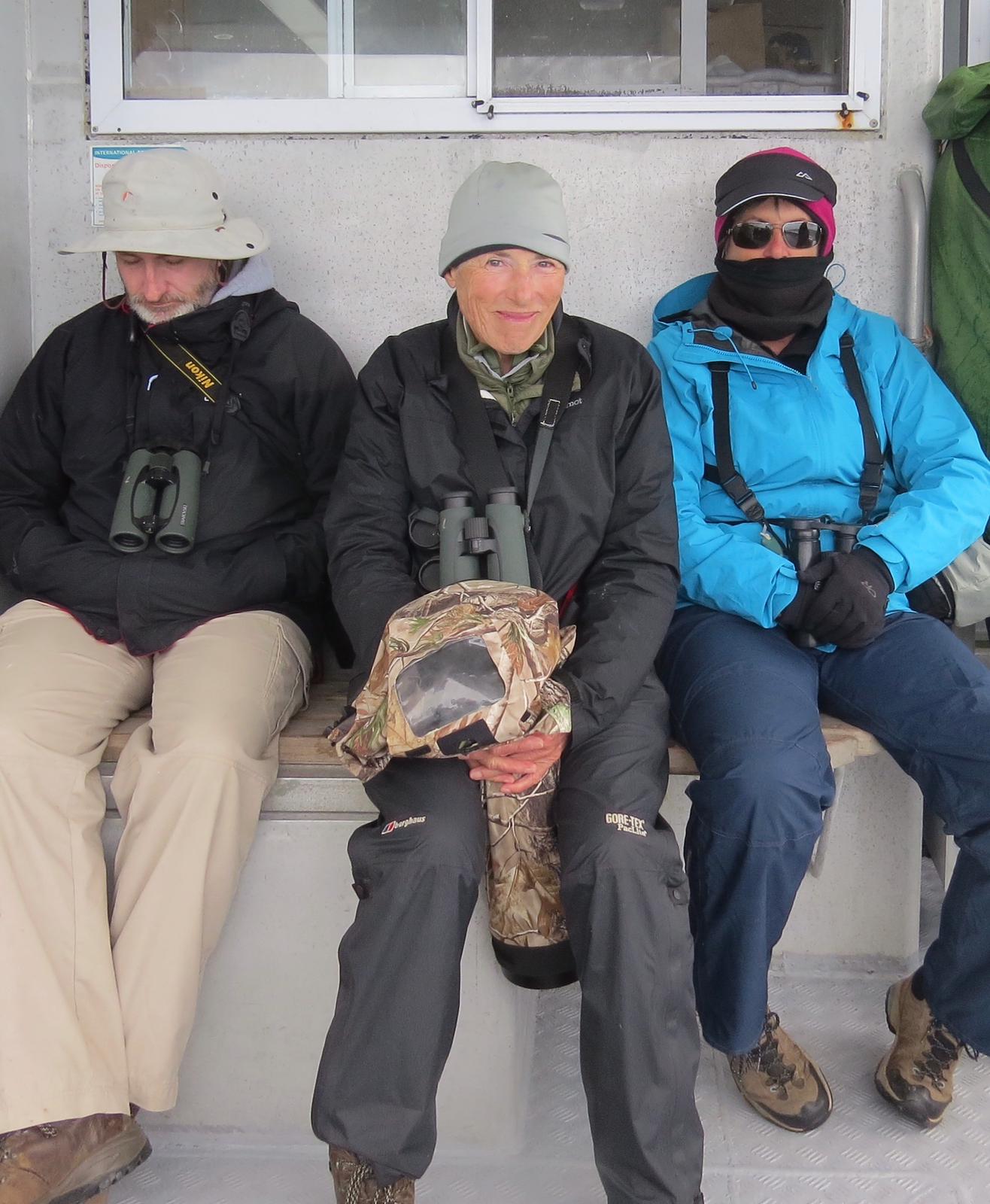 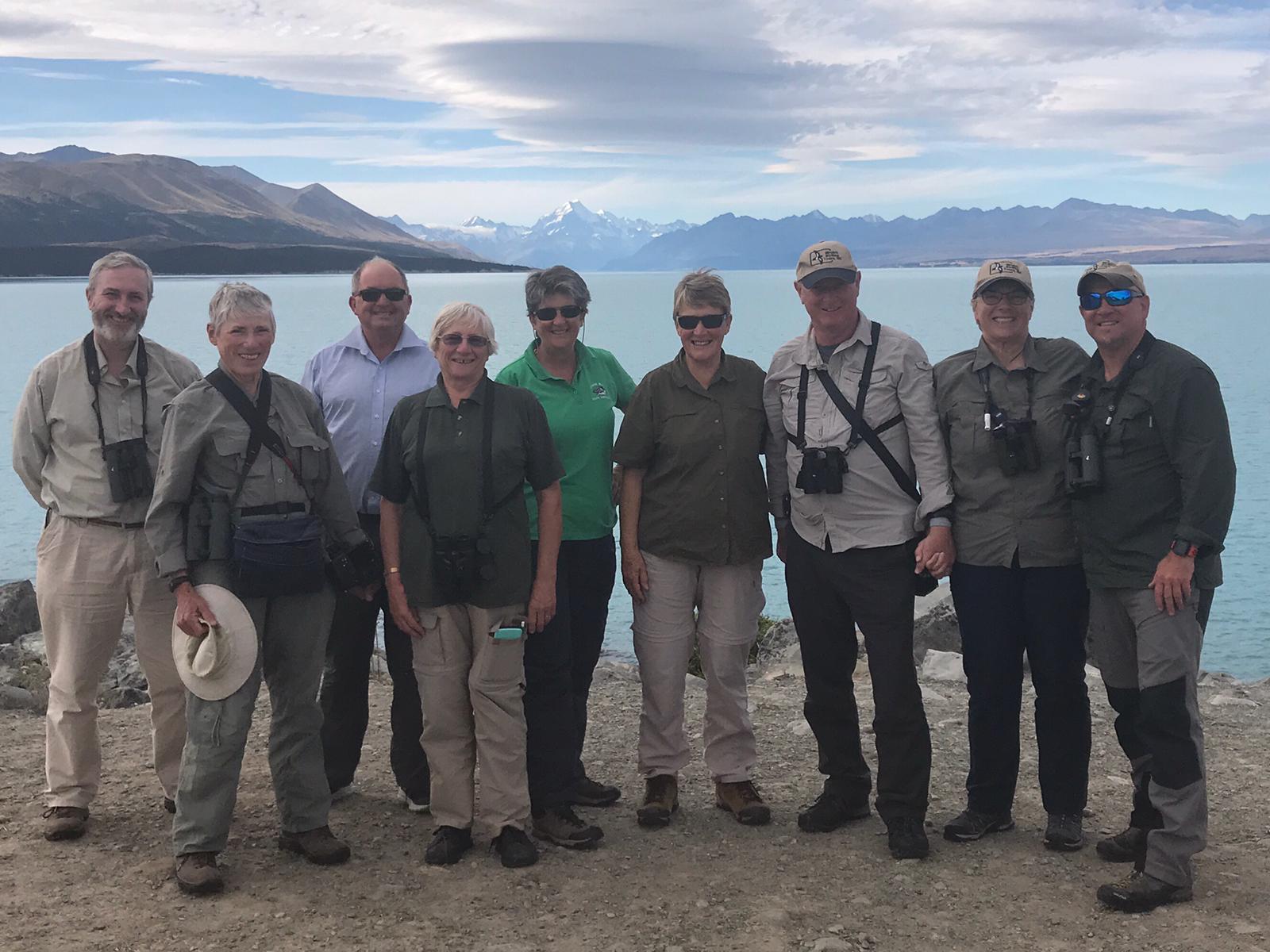 The gang with Mount Cook (Aoraki) in the background. 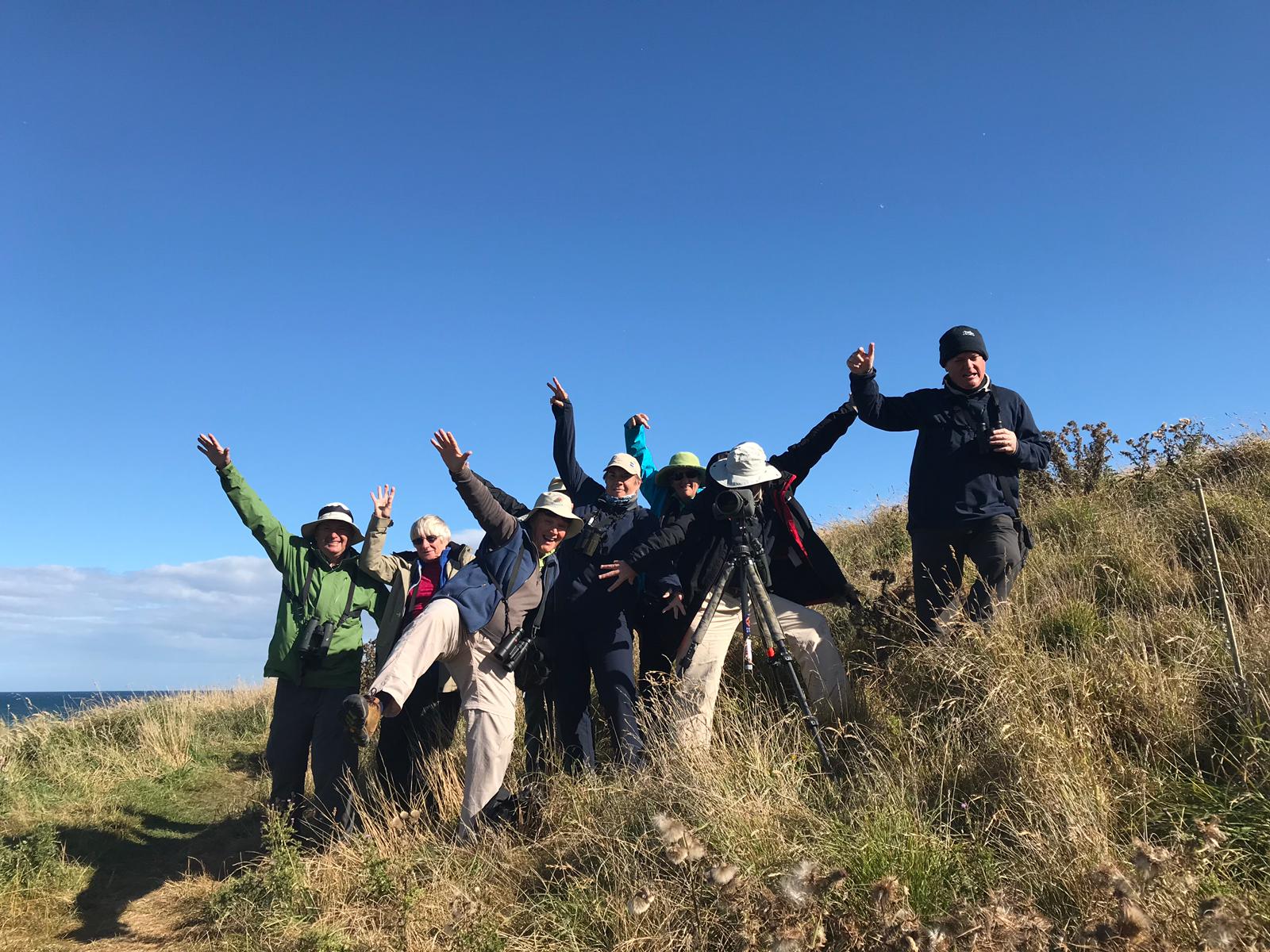 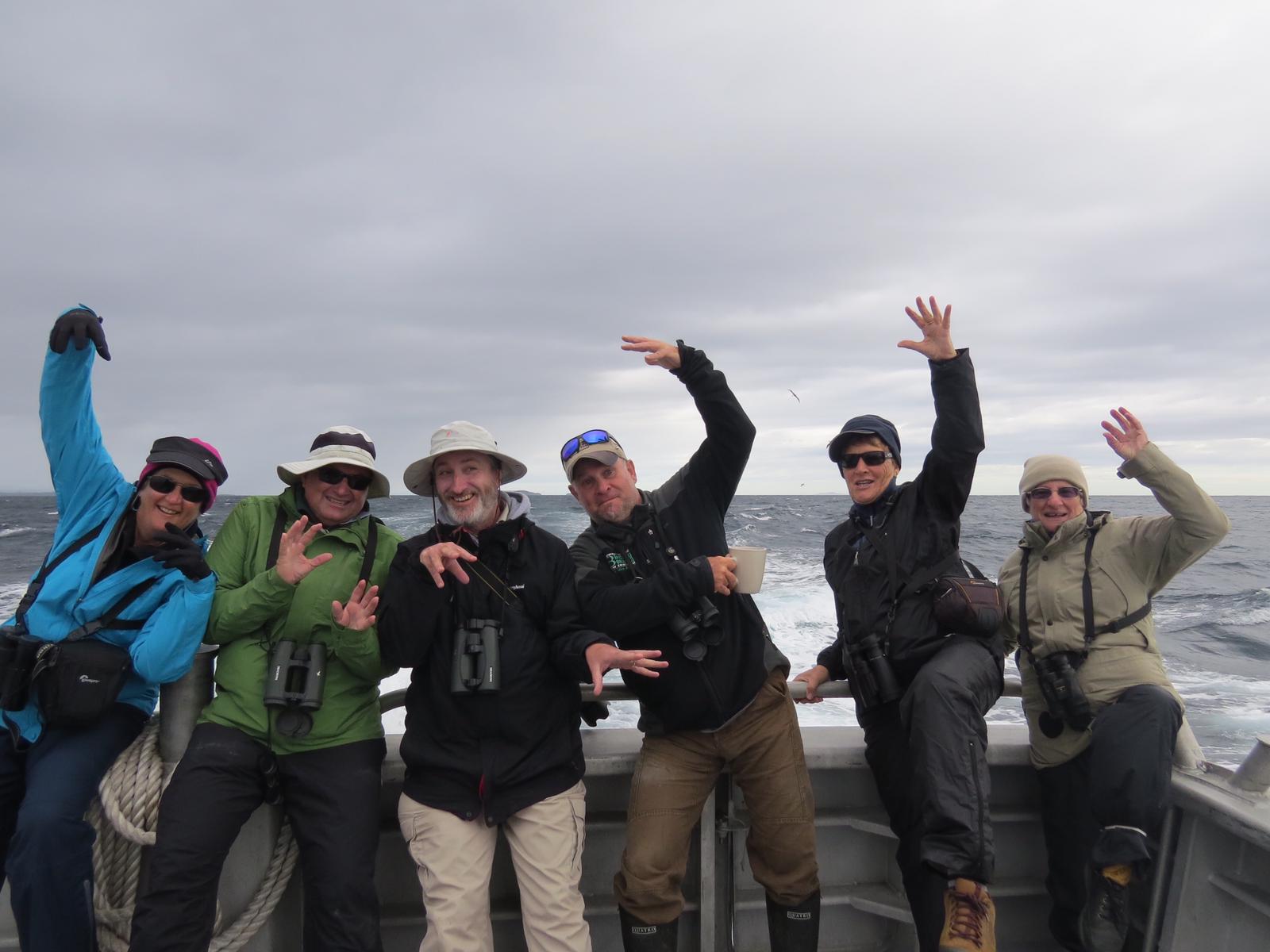 Out on the Stewart Island pelagic 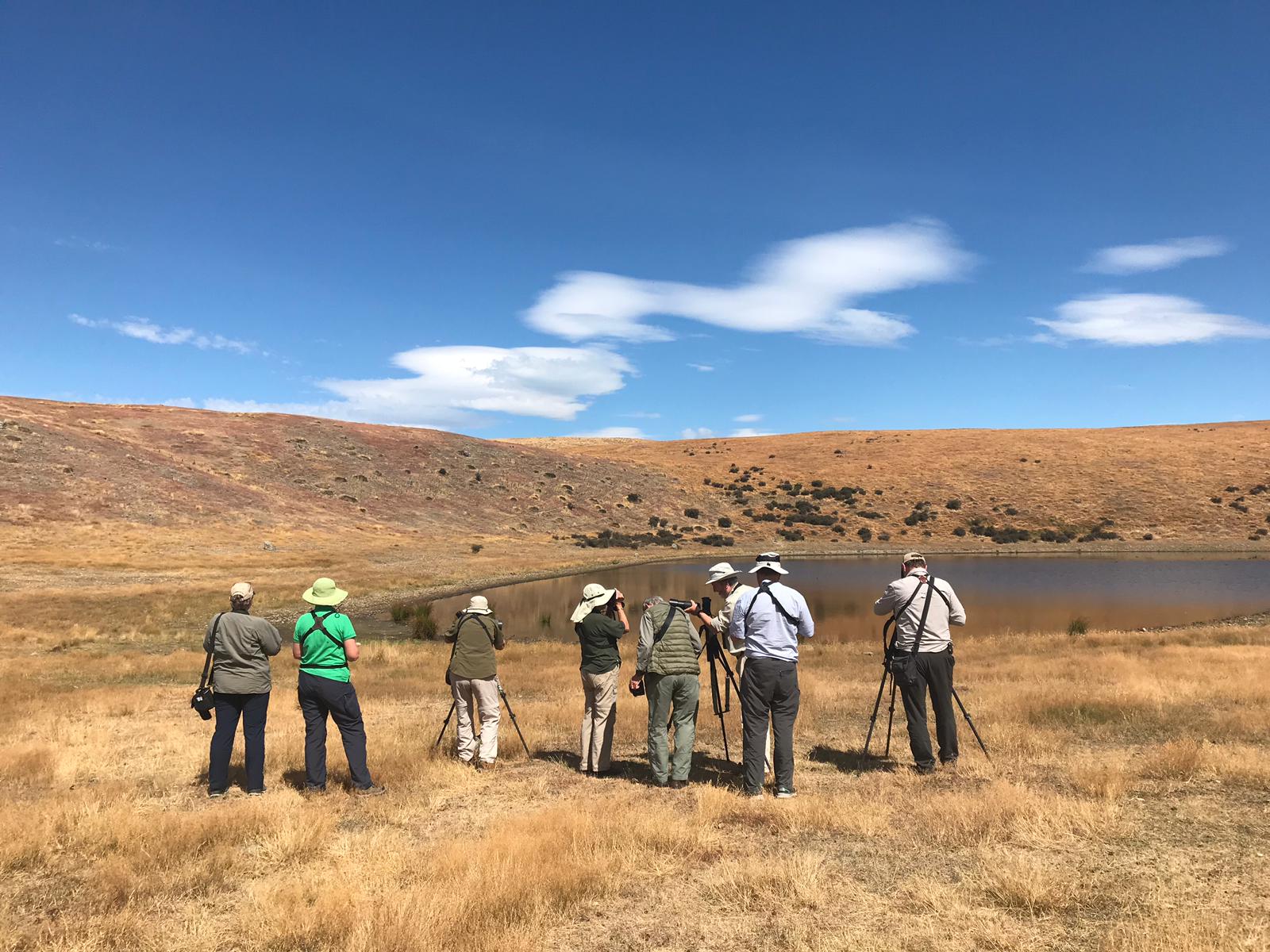 Last day watching black stilt, what a great way to end a trip!