Great sightings despite some weather!

Well Phil and Matt continue to have a great run on their 21-day tours, despite a little weather along the way.  Sav has just about completed a short 5-day custom tour with some clients, and is on just over 90 species, with no pelagic.  Pretty much cleaned up on all the hoped for endemics around the upper North Island, including Northern brown kiwi, fairy tern, Kokako, stitchbird and the other Tiri specialties, falcon, blue duck, yellow-crowned parakeet, kaka, and long-tailed cuckoo.  And Brent starts his 21-day tour in Auckland tomorrow…so it really is all go!!!

Phil’s group found some ‘extras’ on their last day on the North Island with plumed whistling duck, rook, a little egret, and more nice views of pipit.  Plus good views of black-fronted dotterel.  A quiet ferry crossing with a single white-capped albatross, but also Westland Petrel, sooty shear, and spotted shag, plus common and dusky dolphins.  Next morning saw the group out on the Marlborough Sounds with orange-fronted parakeet, South Island saddleback, and King shag all seen well and by the whole group.  Those parakeets can be tricky, so a real win there!  As they headed south they picked up glossy ibis and hoary-headed grebe (two adults with chicks!).  A mill-pond Kaikoura pelagic with Albatross Encounter, but still four species of albatross including Northern Royal, as well as Hutton’s shearwater and Westland Petrel.  The next day heading down the coast saw girl bunting, Cape Barren goose, and then sanderling and black-fronted tern at a coastal estuary, and then great kea in the mountains.  And the weather finally caught up with them in Arthur’s Pass as well… 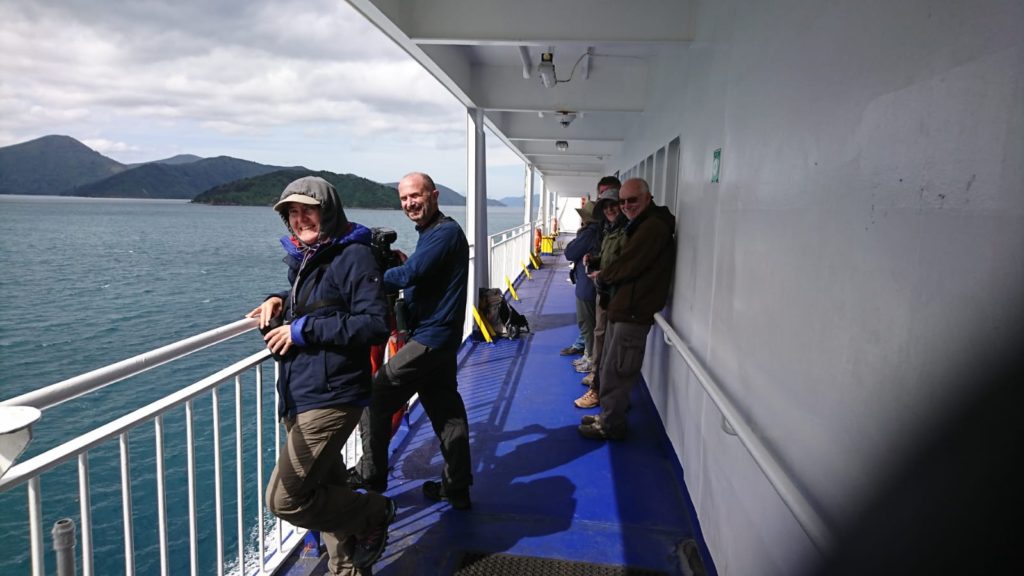 Matt and his group had a very foggy morning on the Hauraki Gulf – not the usual – and with that very little wind.  This always makes sea birding a challenge, but they still had great NZ storm-petrels, lots of white-faced storm-petrels, Cook’s petrels and fairy prions, good numbers of Buller’s shearwaters, two little shearwaters, and a single black petrel.  Also a white-capped albatross and a northern giant petrel just for good measure.  They also had bottle-nosed dolphins and little penguins, so all in all a good day!  Out to Tiritiri Matangi Island the next day, and nailed pretty much everything.  Two kokako were pretty much the first birds seen, so that was a great start, then lots of North Island robin, whitehead, NI saddleback, stitchbird, Fernbird and brown teal!  FIVE spotless crakes and two takahe, and then that night two very good close little spotted kiwi, six little penguin, an incredible morepork, and SIX tuatara!  Jeepers!  Giant weta was also another nice sighting, and it seems the pie training is going well!  Off Tiri the next morning after a dawn chorus, and then down to Miranda.  Miranda had some good birds, but unfortunately the weather started to unravel for Matt and his group.  They did have all the usual suspects, including Pacific golden plover, three Far Eastern curlew, Wrybill, and the broad-billed sandpiper and three sharp-tailed sands.  With the deteriorating weather the pelagic off Whitianga was unfortunately cancelled and so adjustments to the itinerary saw the group head to Turangi a day early.  Lots of rain and flooding on the way south, but in Pureora they had great views of tomtit and yellow-crowned parakeet, but had to wait for the next day to see long-tailed cuckoo and a falcon!  But who minds waiting a day, right!  They also had blue duck and Australasian bittern that morning, so I’d say a pretty damn great day! 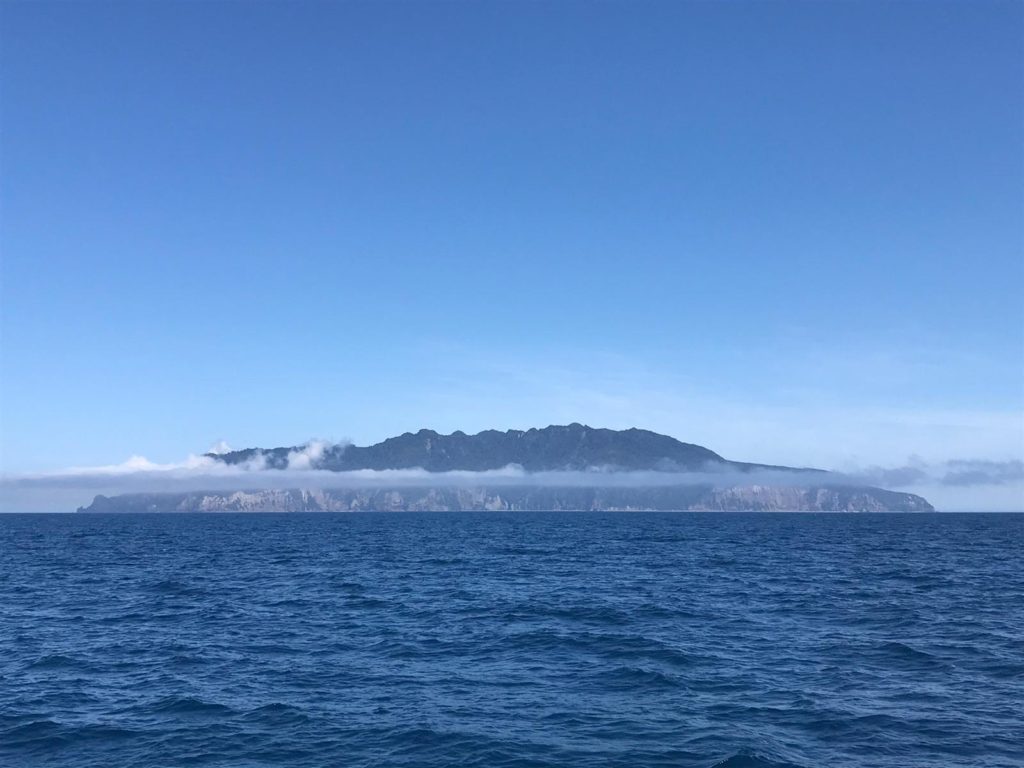 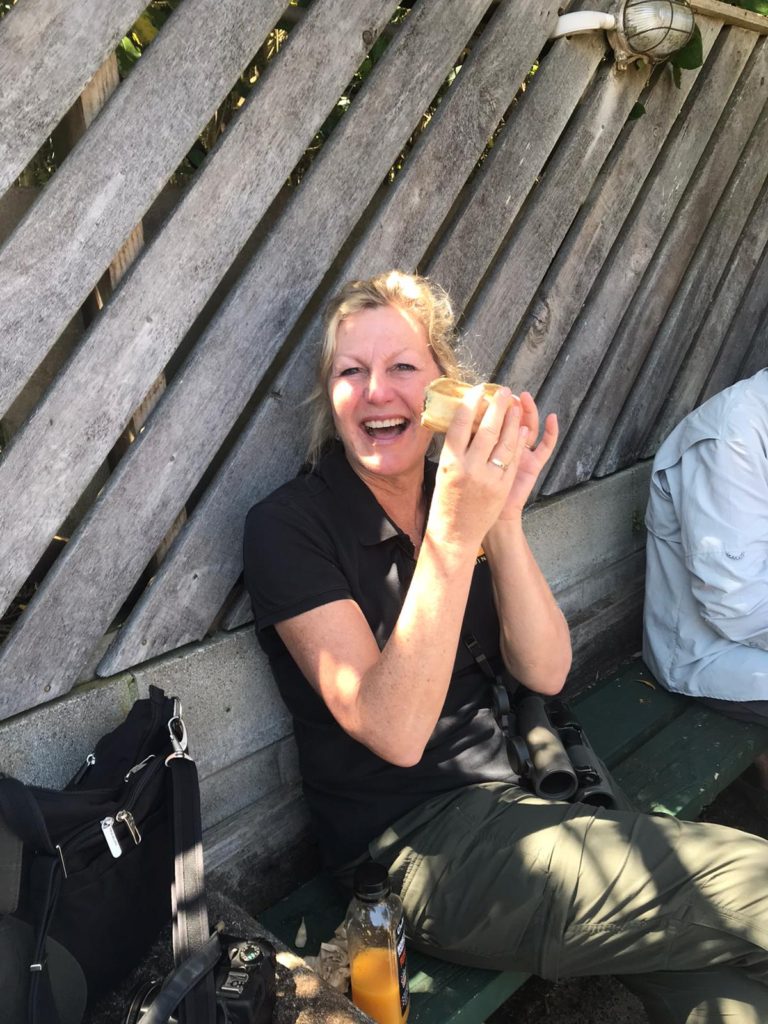 A giant weta rescued from the BBQ area on Tiri.