Weather:
Fine throughout with light /moderate variable winds and small swells, except afternoon Day 3 when c3m swells, and all of Day 4 when no wind and flat seas (and virtually no birds!).

Highlights:
The whole trip was effectively one great big highlight! The first few hours of Day 1 and most of Day 4 had few significant birds, but lots of flesh-footed and Buller’s shearwaters, fairy prions, black petrels andcommon diving-petrels. The first WHITE-NAPED PETREL appeared after about 5 hours at sea, and was followed by a staggering 26 ( yep – 26!) more during the rest of the trip. The first of 20 WILSON’S STORM-PETRELS was the next decent bird, and a slight disappointment was the fact that only Wilson’s and white-faced stormies were seen, so no NZSPs nor the much hoped-for White-bellied. Morepterodromas pitched up after midday on Day1, with many black-winged, a few Cook’s petrels and the first KERMADEC PETREL (an intermediate phase bird). Steve Wood had brief views of a pale cookilaria petrel with a dark head which may have been a Stejneger’s and then we all saw a chunky, darker pterodroma with a blackish head and reasonably strong black underwing bars which we thought was probably aGOULD’S PETREL. Day 1 ended at the Three Kings, feeding on Striped Marlin and listening to scores of grey-faced and black-winged petrels overhead in the dark. Day 2 dawned misty but soon cleared, allowing great views of swags of grey-faced petrels, big rafts of Buller’s shearwaters and then quite clearly a(nother) GOULD’S PETREL – this time allowing more prolonged looks and dispelling any doubts about the identity of the previous day’s bird. This was followed by another 6 KERMADEC PETRELS (we eventually tallied 18 Kermadecs for the trip!!), a few grey ternlets, a pomarine skua with fully developed “spoons”, and then, a personal highlight, a white dot in the distance which we were able to chase down and confirm as a WHITE TERN. It looked as if Day 3 would have to be truly spectacular to improve on the previous 2, and so it duly was! A sub-adult LONG-TAILED SKUA sitting on the water was a good appetizer for our first chumming stop which brought in a photographable GOULD’S PETREL, at least 6 differentKERMADEC PETRELS, Wilson’s storm-petrel, grey ternlet and a brown skua. All the while there was a myriad of pretty much all the previously mentioned species, and then we topped it all off with a RED-TAILED TROPICBIRD and a fourth GOULD’S PETREL. Day 4 was a massive anticlimax – with flat calm seas, no wind at all and very few birds of note – a couple more Wilson’s stormies and a brown skuabeing the best.

We will be running the same trip next year at almost the same time – if you are interested in coming please let me know. Most of this year’s participants will be going next year – so book early!!!!! There is only room for 7 birders……..
SAV 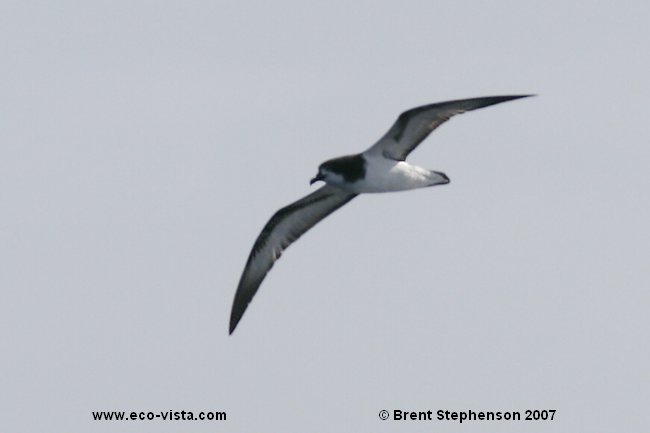 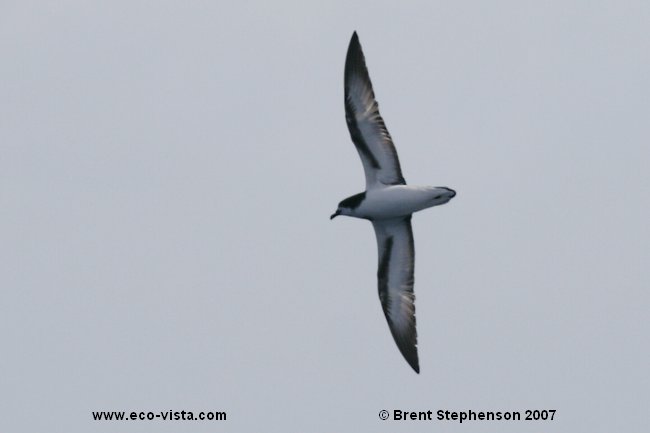