Just back from a fantastic 7 days at the Kermadec Islands. Went up with Mike Imber (DoC) onboard the Southern Salvour, leaving Tauranga 1/11 and returning 14/11. Unfortunately the weather was hampered by 25+ knot easterlies for almost the entire trip, which meant our main objective of spending most of the time ashore on Haszard Islet (off Macauley Is) could not be carried out. We were meant to be looking for Kermadec storm-petrel breeding activity on this 2ha stack, but only managed an hour ashore after I swam in from a dinghy.

The trip was fantastic bird wise – recorded some excellent seabirds on the trip up and back. Mottled petrels obviously on southward migration (along with a few sooty shears still heading south) were one of the bigger surprises, and numbers of black-winged petrels increased as we neared the islands. All the usual suspects around the islands including

I missed on white tern (although Mike saw one at a distance off Raoul) – perhaps the only other species I had kind of expected to see. Also saw three white-bellied stormies on the trip, one on the way up, and two on the way back. Clearly white-bellied, with no hint of toe projection or dark markings on the belly. Kermadec storm-petrels were common around Macauley and we were lucky enough to have three come onboard the boat when anchored off Raoul. Hence we achieved at least part of our objective, in catching some birds.

Also managed to get some diving in – what an amazing place to dive, Galapagos sharks, black-spotted grouper, and schools of blue maomao, kingfish, trevally, etc. Not to mention the humpback whales! Several other interesting cetaceans along the way, with probable sei whales, as well as killer, humpbacks, and sperm whales seen along the way, and bottle-nose and common dolphins.

All in all a fantastic trip. 10 NZ ticks for me..sorry Nigel you were ahead of me on the Birders Totals…just have to figure a way to get down to see this reed warbler!
BRENT 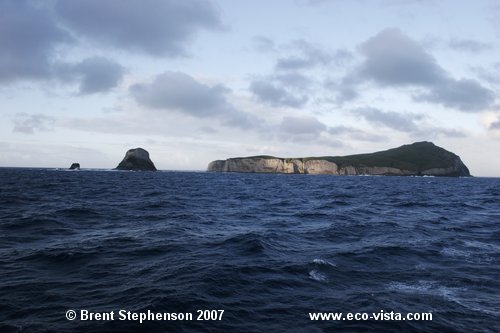 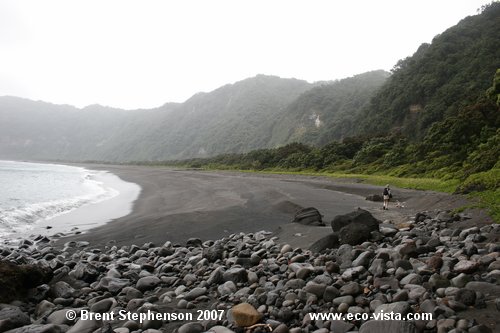 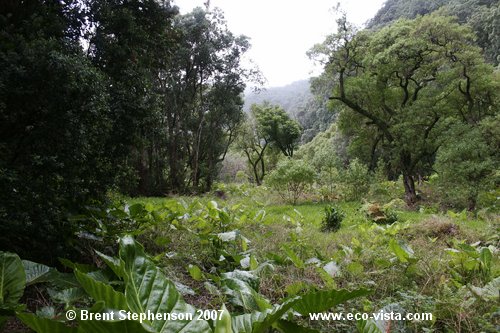 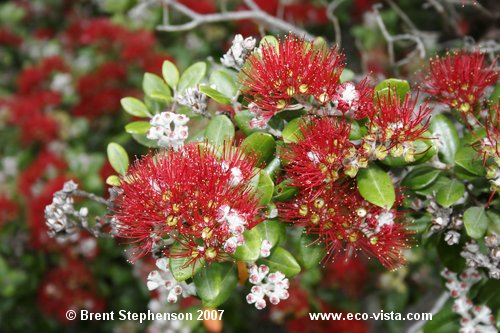 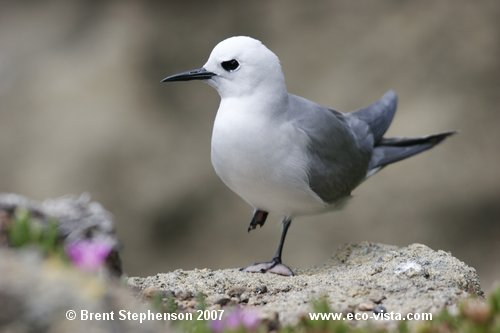 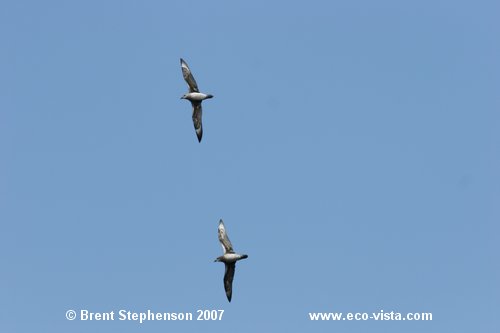 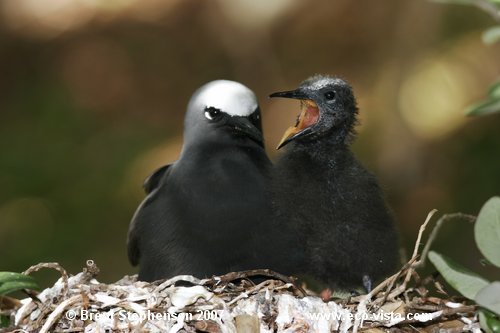 Above: White-capped noddy and chick 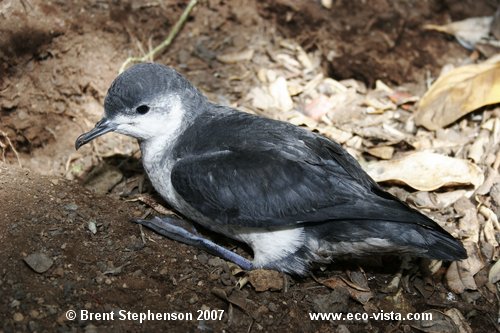 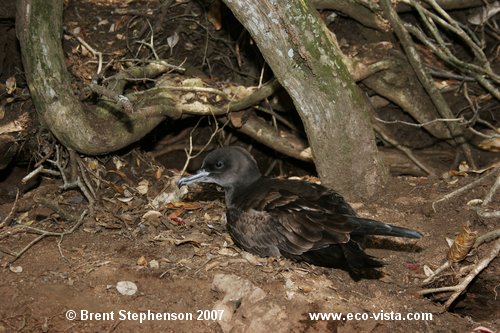 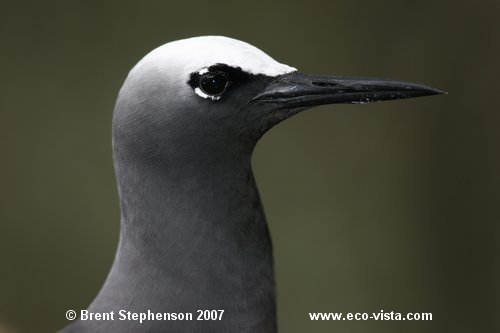 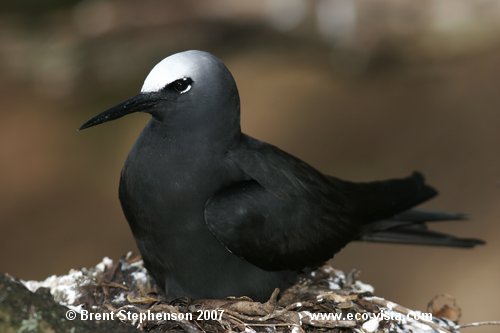 Above: White-capped noddy on nest 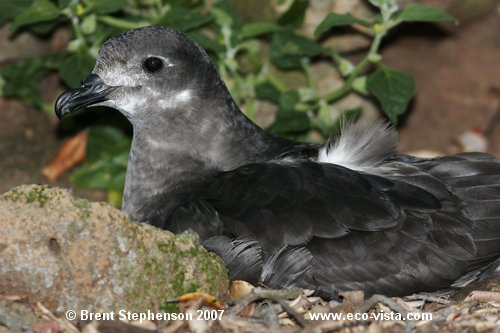 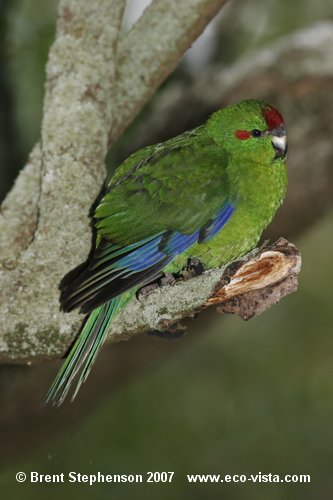 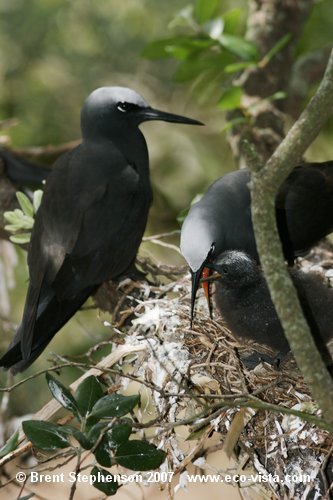 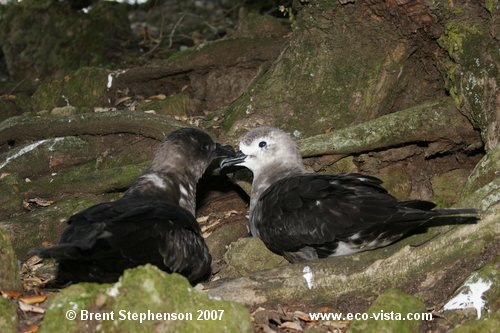 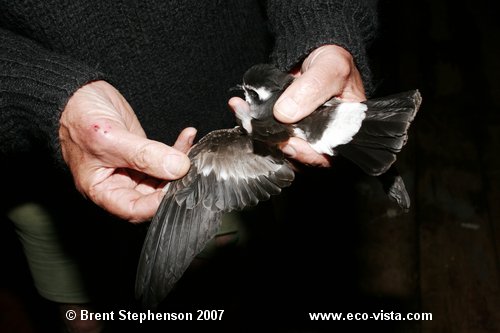