Due to COVID-19 and the fact that the New Zealand border remains closed to International Tourists, we have postponed all of our Oct-Dec 2020 and Jan-Mar 2021 tours. Although we realise this is disappointing, we have made this decision to allow our clients the ability to replan their schedules. This means that future tours in late 2021 and beyond have become full rather rapidly as confirmed clients have rescheduled. If you are interested in coming to New Zealand, we urge you to express interest sooner rather than later, as our limited number of tour slots fill. Many thanks!

If the dates above do not suit, then please email us as we may have other dates available, depending on guide availability.

Yellowhead, Mohoua ochrocephala, photographed during a Wrybill Birding Tours, NZ tour around New Zealand in January 2005. After a bit of searching we were lucky enough to get stunning views of a small group of these absolutely glorious birds.

Start in Auckland, travel through North, South and Stewart Islands visiting all the birding and scenic highlights New Zealand has to offer. Finish in Christchurch.

Limited to 8 people per trip, with a single guide (unless specifically requested).

Please email us for pricing on this trip.

This guided tour, leaving from Auckland and ending in Christchurch, will visit some of New Zealand’s premier birding hotspots. During the 21-day trip, we aim to visit such places as Tiritiri Matangi, Miranda, the Central Plateau and Pureora Forest, Manawatu Estuary, Kaikoura, the South Island West Coast and Glaciers, Eglinton Valley, Central Otago, and Stewart Island.

New Zealand is simply a stunning country, with so many unique species of birds. We will be aiming to see members of the six New Zealand endemic families – kiwi, NZ parrots, NZ wrens, NZ wattlebirds, NZ creepers, and the stitchbird. However, this is the tip of the avian iceberg, with so many other unique species. How about wrybill – our name sake – the only species in the World to have a laterally curved beak, the New Zealand pigeon – the World’s largest, or the New Zealand storm-petrel – thought to be extinct until we rediscovered it during a pelagic in January 2003! Birding in New Zealand is an amazing experience, and seeing it with us will make it even more special. Although birds are our passion, New Zealand has a lot to offer in the way of scenery, history, and other wildlife (such as marine mammals – note that when targeting marine mammals we use an approved operator with a marine mammal viewing permit). We will be sharing as much of this with you as we can.

As well as visiting many of the premier land-based birding spots, we will undertake several pelagic birding trips at various ports around the country – Hauraki Gulf, Whitianga, Kaikoura and Stewart Island, plus we take ferries between the islands, adding in extra pelagic potential.

This itinerary is low impact and requires a low to moderate (or better) level of fitness. Low to moderate fitness in this application, is defined as ‘able to walk for at least 45 minutes or more on undulating terrain without significant help’.

New Zealand birding differs very much to Northern Hemisphere birding, where in late summer birding can be difficult, with post-breeding passerines being skulky and difficult to find. In New Zealand we do not see the same seasonal changes. Although birds are not singing as much and are not in full breeding mode, they are just as reliably found in late summer. The weather in late summer is also generally more settled.

What can you expect to see?

Our 21-day tour boasts a species list of 150-155+ species on most trips, including around 65 endemic breeding species and 25-30 tubenose species. The following stats give an idea of our success rates since 2003 for finding the important (mostly endemic) species (note that list does not include all endemics seen during our tours). The record for our trips is 172 species, set by Brent in late 2015 (see trip report here), but note this ‘chased’ a number of vagrants, feral introductions, and introduced species.  Over the last few years a tally of 150-155 has become a very respectable target.

A detailed itinerary is available upon request, please email us to express your interest. Or perhaps you like the look of this tour but would like to change dates or make adjustments to the schedule, we are more than happy to make such changes, where possible, upon request. 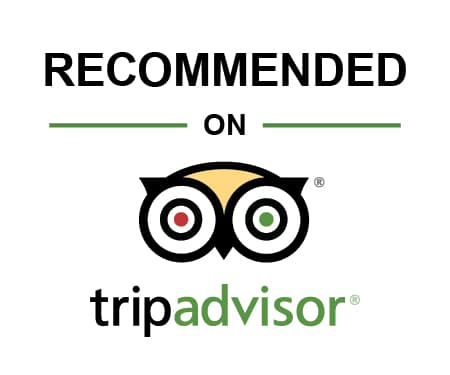